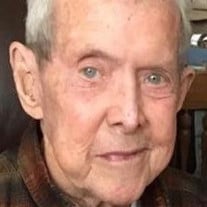 Willis “Bill” Taylor Howland, 95, of Napa, husband of Ann Oldham Howland and the late Evelyn Weins Howland passed away early Sunday morning January 12, 2020. He was born October 2, 1924 in Janesville, WI to Jerome J. and Mabel A. Howland. Bill attended grammar and high school in Janesville, graduating from Janesville High School in 1942. He enlisted in the Marine Corps May 29, 1942 and was sent to the Marine Corps Recruit Depot, San Diego, CA for training. Following recruit training he attended Aviation Machinist Mate’s School at the Naval Air Station, Jacksonville, FL and the Aerial Gunnery School at Cecil Field, Jacksonville FL. In 1944, he served in the South Pacific as a turret gunner in TBF torpedo bombers, making sergeant during that time. In 1945 he attended Aerial Navigator’s School at Cherry Point Marine Corps Air Station, NC where he was promoted to technical sergeant. He was designated Enlisted Aviation Navigator #614 on September 1, 1945. From 1946-1948 he served as a navigator in VMR 953 at Ewa, HI and VMR 252 at Cherry Point, NC. Recommended for a commission as a second lieutenant, he was transferred to The Marine Corps Schools, Quantico, VA. At Quantico, Bill was assigned to the 4th Platoon, Company B, The Basic School. Following The Basic School, he served in the 10th Marines, 2nd Marine Division at Camp Lejeune, NC (1949-1950). From 1950-1951 he served in the 11th Marines, 1st Marine Division in Korea, as an artillery officer. While there he received a change of assignment to supply officer and was also promoted to First Lieutenant. Returning home from Korea in 1951, he attended Supply Officer School at Camp Lejeune, NC and from 1952-1954 served as a supply officer at Marine Corps Base, Camp Pendleton, CA where he was promoted to Captain. Then from 1955-1958, he was a supply officer at the Marine Corps Schools, Quantico, VA. During this time, he was promoted to Major and managed several base facilities: including commissary, bakery, household goods and was base public schools’ liaison officer. In 1959-1960, he attended the Naval Postgraduate School, Monterey, CA for Management. Iwakuni, Japan (1960-1961) and Supply Officer for Marine Air Group 33, 3rd Marine Air Wing, El Toro, CA (1962-1964). In 1964 he was transferred to a staff position at the Defense Logistic Service Center, Battle Creek, MI. He retired from the Marine Corps at this time on June 30, 1964. His decorations and awards include: Navy Commendation Medal, Presidential Unit Citation w/Stars, Marine Corps Good Conduct Medal, American Theater Medal, Asiatic-Pacific Theater Campaign Medal w/Stars, World War II Victory Medal, National Defense Service Medal United Nations Medal (Korea) and Korean Presidential Unit Citation. Following Bill’s retirement, the family returned to Tustin, CA, where he became a branch manager for Crocker National Bank, which was bought by Wells Fargo from 1965-1982. During that time, he managed branches in Orange County, Long Beach, Scotia and Ukiah. He then served as Chief Executive Officer of the Mendocino County Grangers Credit Union. After his second retirement he served as president of the Rural Communities Housing Development Corporation and as a member of the board of the Mendo-Lake Credit Union, both volunteer positions. By doing this, he helped hundreds of low-income families realize their dreams with self-help affordable housing. Even in his later years he volunteered helping seniors do their tax returns. He will be remembered for his generosity, work ethic, value of the dollar, discipline, organization and perseverance. He was preceded in death by his parents, brother, Jerome J. Howland, Jr., sister, Hazel Howland Sorenson, former wife of 68 yrs., Evelyn “Evie” Weins Howland and daughter-in-law, Pam (Gary) Howland. He is survived by his wife, Ann Oldham Howland; his 3 children: John (Lynda) Howland, Barbara (Bill) Mayer, and Gary (Lea) Howland; 6 grandchildren and 6 great-grandchildren; nieces and nephews and many friends. Services will be held at Arlington National Cemetery.

The family of Willis Taylor Howland created this Life Tributes page to make it easy to share your memories.

Send flowers to the Howland family.