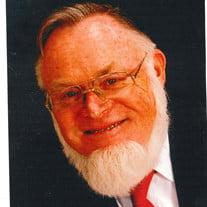 The Music man has a new venue. Bill passed away peacefully after a yearlong battle with cancer. A native Californian, he grew up in Berkeley graduating from Berkeley High School in 1957. Bill worked for PG&E in the Concord area for 10 years before changing over to AT&T and eventually working and retiring (1991) in Nevada County. Music was a passion for Bill. He played trumpet in many bands, mostly in the Sacramento area and piano/keyboard on weekends and for special occasions. He played at Powell’s Steamers in Placerville with the Jimmy Rivers Band every Sunday for 24 years. Bill was involved with Bob Ringwald (Fulton Street Band) at the beginning of the Sacramento Jazz Jubilee in 1974. He was associated with many Jazz bands such as Stan Mark, Gramercy Six, K Street Ramblers, the Nutones, Love Boat and, most recently, Bill Dickson Trio at the Meadows in Napa with Gary Reynolds and Tony Kaye. He was predeceased by his wife of 40 years, Marie, brother, David Dickson, sons Mark and Chris, and grandson Curtis. He leaves behind his wife Holly Holiday Dickson, son Scott Dickson, grandson Devin Dickson, sister Dorothy Beatriz (Val), former wife Sharon and extended family members Bonnie Bickel, Deborah Daniell, (daughters), Jessica, Michael Walenter (Francesca), Shawn Callahan (Amy), Kelly Tirri, grandchildren, Michael, Brandon, Levi, Gracie and Jake (great grandchildren), and many nieces and nephews. He also leaves behind extended family members including Perry Quinn and family (Colorado) and Jeff Holiday (Napa). He is dearly missed by his beloved cat Missy. A special thanks to Kaiser for all their care and help during his many treatments and Kaiser Hospice for their TLC. A very special thanks to Willy, his caregiver and task master for the past year. He encouraged Bill to keep on going as best he could. Bill had many farewell celebrations prior to his passing and did not want a Memorial Celebration afterwards. The family suggests donations be directed to your County Humane Society or a charity of your choice. THE BEAT GOES ON

The Music man has a new venue. Bill passed away peacefully after a yearlong battle with cancer. A native Californian, he grew up in Berkeley graduating from Berkeley High School in 1957. Bill worked for PG&E in the Concord area for 10 years... View Obituary & Service Information

The family of William (Bill) C. Dickson created this Life Tributes page to make it easy to share your memories.

The Music man has a new venue. Bill passed away peacefully after...

Send flowers to the Dickson family.