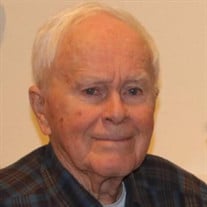 Thomas Maloy Pieper, Sr. left this world peacefully on August 15, 2021 surrounded by his loving family. He was 93 years old. Many remember Tom as a local businessman, the cofounder (with wife Angie) of the Bookends Bookstores in Napa and Sonoma. He was a man of great integrity and a loyal friend to many. Tom was born in Eugene, OR, in 1928, one of 5 boys in the family of Margaret (Maloy) and Paul Pieper, a District Ranger with the US Forest Service. Although too young at 16 to join up for WWII, he served on a firefighting crew and as a mountaintop lookout in the Forest Service. He attended Multnomah University in Portland, OR for a time. To earn extra cash, he worked as a scaler for a logging company, did some boxing and helped out with his uncle’s jukebox business. But his real dream was to fly. He joined the US Navy in 1950, graduated from Officer Candidate School and earned his wings. He flew both prop planes and jets, and his squadron took off from the aircraft carrier USS Bonhomme Richard. He served as XO of other ships and as Director of one of the US Navy’s first computer training schools. He earned his BA from The George Washington University. His naval career took him and his family back and forth across the country to Virginia, Texas, Georgia and six different postings in California. His squadron was often away from home for months, patrolling the Mediterranean or the Pacific, especially during the Vietnam War. When home, he shared his love of the outdoors with his children through many camping, fishing, hiking, hunting and skiing trips. A beach house he built in Sandbridge, VA was a popular destination, usually with all 7 family members packed into a VW Bug for transport. He was handy – he built a 400 sq ft cabin near the coast so he could dive for abalone, and occasionally surprised Angie with a renovation accomplished while she was away on a trip (a new soaking tub!) Tom and Angie enjoyed traveling in their RV across the continental US, and to Alaska, Canada and Mexico. They also visited Costa Rica, Peru, Italy, Egypt and the Holy Land. After retiring from the Navy and starting Bookends, Tom continued to fly, owning a Piper Seneca and getting certified to fly float planes. He was an avid fan of the Oakland A’s and would occasionally whip up elaborate Chinese feasts for the family. He enjoyed more than 20 years as a member of Branch 65 of SIR (Sons in Retirement) in Napa. Settling in Napa gave Tom the opportunity to pursue a passion handed down from his mother – gardening. Tom’s grandkids will all remember the delight of picking corn and eating it for dinner half an hour later, or picking apples so Grandma could bake a pie. He was a quiet but generous supporter of many worthy causes, especially various Catholic charities and the Queen of the Valley Hospital. Tom is survived by his wife of 64 years, Angie, and his children, Tom Jr. (Napa), Susan (Overland Park, KS), Dorothy Pearson (Davis CA), Bob (Sparks, Nevada), and Catherine Stevenson (Maryland). He will be missed by a far-flung group of 11 grandchildren, and 10 great grandchildren. Funeral arrangements are entrusted to Claffey and Rota. On Saturday, September 18, 2021 at St. Thomas Aquinas Church in Napa, a rosary will be recited at 11:30 a.m. At noon, a military Honor Guard presentation will be made and a funeral mass will be celebrated. A private interment will be held at the Sacramento Valley National Cemetery near Dixon, CA. In lieu of flowers, friends may wish to consider donations to Queen of the Valley Hospital in Napa or Collabria Care Hospice in Napa. St. Thomas Aquinas follows local authority regulations for COVID precautions during its services.

Thomas Maloy Pieper, Sr. left this world peacefully on August 15, 2021 surrounded by his loving family. He was 93 years old. Many remember Tom as a local businessman, the cofounder (with wife Angie) of the Bookends Bookstores in Napa and Sonoma.... View Obituary & Service Information

The family of Thomas Maloy Pieper Sr. created this Life Tributes page to make it easy to share your memories.

Send flowers to the Pieper family.