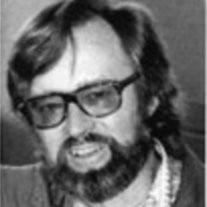 Tom Christensen came to the end of his life on Sept. 30. He was born in San Francisco to Jane M. Christensen and Albert Christensen and raised by his grandparents, Margaret Dunn and Thomas Dunn. He is survived by his daughter, Pam Burris and her husband Carl Burris; his son, Barry Thomas Christensen and loving family. He is also survived by his grandchildren, Troy Talbot and his wife Kimberly, Kevin Talbot and his wife DeNora, Casey Burris and seven beautiful great grandchildren. His extended family includes Anna Burris, Susan and Hugh Conwell, and Chris Simons, as well as his former spouse and friend Vi Christensen. He was also fortunate to have many other dear friends over the years. He graduated from Vallejo High School, received an A.S. degree from Napa Valley Collage and a B.A. from Sacramento State University. He entered the U.S. Army during the Korean War and was discharged as a Sergeant from the 2nd Infantry Division. He worked approximately 20 years as a carpenter and then entered the field of education in 1969, teaching his craft and fine arts to his students at Hogan High School in Vallejo, for 22 years before retiring, having been the Teacher of the Year in 1985. His avocation involves wood sculpture and painting in many art mediums, from abstract to pop art. He had numerous showings at various galleries, including the San Francisco Museum of Modern Art and the Crocker Gallery in Sacramento and various collectors, including Rene de Rosa and his wife Veronica, now deceased. One of his wood sculptures was purchased by the City of Napa in 1969. He enjoyed a very quiet, contemplative life, spending his years reading great books and the expressions he created through his art work. Services will be held on Monday, Oct. 7, at 11 a.m., at Claffey & Rota Funeral Home, 1975 Main St., Napa. Burial is at Sacramento Valley National Cemetery, 5801 Midway Rd., Dixon on Tuesday, Oct. 8 at 2:00pm. His faith and spirit will live on in all those who have shared his life. In place of flowers, the family request contributions to the American Cancer Society.

Tom Christensen came to the end of his life on Sept. 30. He was born in San Francisco to Jane M. Christensen and Albert Christensen and raised by his grandparents, Margaret Dunn and Thomas Dunn. He is survived by his daughter, Pam Burris and... View Obituary & Service Information

The family of Thomas James Christensen created this Life Tributes page to make it easy to share your memories.

Send flowers to the Christensen family.