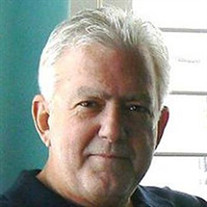 Stu was born on March 5th 1951 and was adopted at birth by his loving parents, Bun and Don McFarland. He grew up on the waters of Lake Berryessa teaching water skiing and helping his parents run Spanish Flat Resort. He graduated from St. Helena High School in 1969. He attended Cal Poly before coming back to marry Deborah Lindley. Their son, Neil was born on September 16, 1979. Neil was always the star in Stu’s life. Stu and Neil went on many trips together from motorcycle rides through the northwest to the annual Car Week in Monterey to fishing in Cabo San Lucas. When not on trips, they were creating things in Stu’s immaculate shop, including building a replica Shelby Cobra. In 1989, Stu reconnected with Dee Lincoln during their 20th St. Helena High School reunion and married the next summer. Stu cherished family and lovingly embraced Dee’s children Nick and Katie as his own. From waterskiing after school, camping, BBQ’s (always tri-tip and ribs), to shipping in lobster from Maine for birthdays, Stu celebrated everything with family. Stu loved all things mechanical: boats, planes, motorcycles, and cars. For 22 years, he worked for Tognotti’s Auto World in Sacramento. But like his great, great, great aunt, the famous Impressionist artist Mary Cassatt, and his great, great grandfather, Alexander J Cassatt, President of the Pennsylvania Railroad, Stu was driven to follow his own path. In 1993, he partnered with his brother-in-law, David Lincoln, and took their bottle etching business, Etched Images, from operations in a chicken coop to the number one etching company in Northern California. Stu took great pride in maintaining a top-notch operation and was respected by all for his quiet professionalism toward customer service and the production of beautifully crafted works of art. In 2012, Stu found and reunited with his birth mother, Edgie Whittall. The reunion was joyous, and Stu went from being an only child to having four sisters and three brothers. His life’s dream of finding his birth family was answered, and truly complete. Time was never wasted. Stu and Dee traveled extensively. From visiting his new family back east, to RVing down Baja, motorcycling through the Western United States, travelling to Costa Rica and Hawaii, to sport fishing, glider flying lessons, and camping; together they enjoyed the best life had to offer. In the end, there were no regrets. With Dee, Stu lived and loved life and family to the fullest. He passed away peacefully on June 1, 2017. You will be dearly missed Stu! Stu is survived by his wife Dee McFarland, son Neil McFarland, son Nick Dalessi (Suzy), daughter Katie Dalessi, sisters Simmie Issenberg, Lydia Osgood, Kai Armstrong, Brett Apthorp, brothers, Chris Barry, Robert Cassatt, his grandchildren Rylan Dalessi, Jarret Dalessi, and Kylie Tanksley. Stu is predeceased by his birthmother, Edgie Whittall, his birthfather, Robert Cassatt, his parents Bun and Don McFarland, and his brother John Armstrong. There will be a celebration of Stu’s life on June 17th from 11- 3pm at V Marketplace in Yountville. In lieu of flowers, donations may be made to Donor Network West at donornetworkwest.org/contributions.

Stu was born on March 5th 1951 and was adopted at birth by his loving parents, Bun and Don McFarland. He grew up on the waters of Lake Berryessa teaching water skiing and helping his parents run Spanish Flat Resort. He graduated from St. Helena... View Obituary & Service Information

The family of Stuart James McFarland created this Life Tributes page to make it easy to share your memories.

Send flowers to the McFarland family.