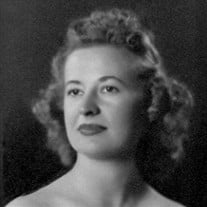 Lorraine Weir Ditta In the early hours Wed the 26th of August, Lorraine Ditta passed away in Napa, California. She was 94 years old. Lorraine was born in Oakland in 1920, and raised in Suisun and Fairfield. She attended Armijo High School, graduating with the class of 1938. She was the daughter of David and Helen Weir. David Weir was the owner of the Solano Republican in Fairfield, and a civic leader. She often enjoyed trips with her father while he was about on newspaper business. After high school,Lorraine attended college in San Jose and Sacramento, and later lived in San Francisco , where she graduated from Heald College and Dorothy Durham College of Business. She worked at Mare Island, and was a member and publicity chairman of the USO at Travis Air Base during WW2, being one of the first employees at Travis. In 1946, she left for the Pentagon in Washington D.C. to start special training for Duty in Belgrade, Yugoslavia as assistant to the Military Attache. While at the Pentagon, she met then Maj. Louis Ditta, who was in training as a Military Attache to Ankara, Turkey. Lorraine married Maj. Ditta in Georgetown in 1947. While Maj. Ditta was completing his studies, their daughter, Patricia was born in the Naval Hospital in Bethesda, Maryland in late 1948. While living in Turkey, Lorraine and family traveled widely in Europe,the middle east, and northern Africa. After duty in Turkey, Maj.Ditta was stationed in Seattle, Washington where their son David was born in 1950. Later duty took the family to Washington, Quantico, and Camp Lejeune. After reaching the rank of Colonel, Lorraine’s husband suffered a heart attack and passed away in 1964. Lorraine never remarried. After moving to Napa, Lorraine was a member of many local organizations and volunteer groups, as well as adopting several Golden Retrievers and other dogs. She was active in the First Presbyterian Church Choir, the Pacific Empire Chorus, and was a Life Master in the American Contract Bridge League. She loved to travel and visited many parts of the world. She is preceded in death by her daughter Patty and sister Jeanne Brady. She is survived by her son David and nephew Dr. Roland Brady III. Service will be held at Claffey and Rota Funeral Home, 1975 Main St. Napa, on Saturday the 5th of September at 2 p.m. No reception following. In lieu of flowers, Lorraine asked for contributions be made to the Humane Society of Napa County.

Lorraine Weir Ditta In the early hours Wed the 26th of August, Lorraine Ditta passed away in Napa, California. She was 94 years old. Lorraine was born in Oakland in 1920, and raised in Suisun and Fairfield. She attended Armijo High School,... View Obituary & Service Information

The family of Lorraine Weir Ditta created this Life Tributes page to make it easy to share your memories.

Send flowers to the Ditta family.