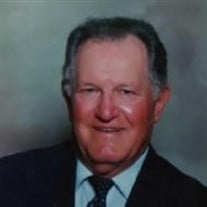 John “Jack” J. Freitas July 3, 1922 – August 9, 2015 John "Jack" Freitas passed away peacefully on August 9th in Napa after a lengthy illness. His family was with him. He is survived by his sister, Dorothy Throne of Napa and brother, Clifford (Edris) of Vallejo. He was predeceased by his sister, Marjorie Peters. Jack is also survived by nephews Greg (Betty) Throne of Pleasant Hill, Ken Throne of Napa, niece Patt Throne Hetzer (Tim) of Napa, and nephews Gary (Nancy) and Brian Peters of Napa and Jim Freitas of Isleton and by great nephews and nieces, Dan Hetzer, Lauren Hetzer (Adam Weitz), Summer Throne, and Spencer Throne. Jack was born in Napa on July 3, 1922, to pioneers of Napa Junction, John and Stella Freitas. He graduated from Napa Union High School and soon after went to work at Mare Island Naval Shipyard. His employment at Mare Island was interrupted by WWII and Jack joined the Navy, serving with the 129th Sea Bee Battalion as a heavy equipment operator building roads and air strips throughout the South Pacific, mainly in the Philippines and Saipan. Like any proud sailor, Jack loved to joke-“the Sea Bees built the roads so the Marines could land!” After his stint in the Navy, Jack stayed in Hawaii for several years, working as a crane operator helping to build Hickam field. Upon his return to Napa, he went back to work at Mare Island as a Crane Operator. Jack was proficient on every crane on the Yard, eventually becoming one of their most highly skilled nuclear qualified crane operators. He earned many citations and awards for his skills and performed on several highly classified, top secret assignments. After retiring in 1977, Jack traveled all over the United States, North America and Europe. Jack towed a travel trailer to every one of the continental United States, and drove his truck with camper to Alaska and as far north as the Arctic circle. His love of traveling took him to Sea bee Reunions all over the United States, always driving and camping, until his age and health intervened. Jack loved to hunt and fish, spending a lot of time in his youth hunting in the hills around Yountville where his maternal grandparents lived. Jack also took many many hunting trips to Colorado, Wyoming, Idaho, Nevada, Oregon and Northern California with his childhood buddies, Sam Clerici, Jack Glashoff, Emory Turket, and others. The freezers at home were always well stocked with deer and elk meat. Many fine mornings were spent sturgeon fishing with Francis DeVita on the San Pablo Bay and Napa River too. Jack played a key role in the lives of so many in his family. He was more than just an uncle; he was a father figure to Greg, Ken and Patt who lived with him growing up and grandfather to Dan and Lauren. He was always our “can do” Sea Bee, as kids we always thought there wasn’t anything Uncle Jack couldn’t do. He loved his family and they will always love him and been proud to have known him. He was a damn good man. A funeral service will be held Monday, August 17th at St. Thomas Aquinas Catholic Church, 2725 Elm Street, Napa at 10:00 am. In lieu of flowers, please send donations to the National Parkinson’s Foundation at 200 SE 1st Street, Suite 800, Miami Fl 33131.

The family of John "Jack" Freitas created this Life Tributes page to make it easy to share your memories.

Send flowers to the Freitas family.