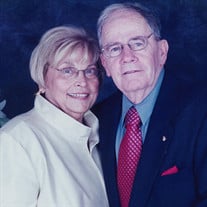 Joan Agnes Sweeney passed away on Thursday, March 8th in San Francisco surrounded by her family and blessed by her close spiritual relationship with Father Gordon Kalil of St. Helena Catholic Church and St. John’s Catholic Church of Napa. Joan was born into a devout Roman Catholic family, daughter of Edmund and Agnes Sharek, on February 10, 1933 in Philadelphia, Pennsylvania. Raised in the Bridesburg and Mayfair neighborhoods of Philadelphia, she graduated from the private girls’ high school Nazareth Academy in 1951. Joan received her nursing degree from the Jewish Hospital of Philadelphia (later Albert Einstein Medical Center) in 1954. Joan had fond memories of her time both as a ward nurse and a private duty nurse. At the age of 59, Joan returned to school to pursue her college degree, receiving her B.S. in Health Sciences in 1995 from the University of St. Francis. Joan married Joseph Edward Sweeney, Jr in 1957, and had 6 children within 6 years: Joseph III (1958), Mary (1959), Timothy (1960), twins Maureen and Kathleen (1962), and Patrick (1964). She has seven loving grandchildren: Timothy, Maeghan, William, Katherine, Emily, Alexandra and Aidan. Joan’s further blessings included two special daughters-in-law, Susan MacKay Sweeney (Tim) and Laura Smith Sweeney (Joe). In 2003, her children asked Joan and Joe to move to California to be close to family. She often described her family as her greatest accomplishment. Joan’s friends and family enjoyed and celebrated her great skill and enthusiasm for cooking and baking every type of food. Her love of opera and classical music began in her childhood and continued to her last day on earth. Upon moving to Napa, Joan immediately embraced and was fully embraced by the St. John’s Catholic Church community. She served Caring Friends as a Eucharistic minister, enjoyed membership in the Italian Catholic Federation and the Young Ladies Institute and spent many happy Sundays as a greeter for Sunday masses at St. John’s. The Sweeney Family invite her friends and acquaintances to join us for a celebration of Joan’s life, well and passionately lived. There will be a rosary and viewing at the Claffey Rota Funeral Home (1975 Main Street, Napa) from 5:30-8PM on Tuesday, March 13th. Joan’s funeral mass and celebration of life will take place at 10:30AM Wednesday, March 14th at St. John’s the Baptist Catholic Church (960 Caymus Street, Napa). A reception celebrating the joy of her life to follow in the St. John the Baptist Catholic Church Hall. In lieu of flowers, please send a donation to the student scholarship program at St. John the Baptist Catholic School (983 Napa St, Napa, CA 94559).

The family of Joan Agnes Sweeney created this Life Tributes page to make it easy to share your memories.

Send flowers to the Sweeney family.