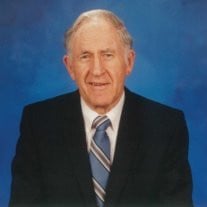 James Reardon, 91, passed away at his home in Napa on Saturday, October 5, 2013 surrounded by loving family. He was born in Anaconda, Montana on June 10, 1922 to Charlotte and James Raymond Reardon I. He attended St Peters and Central High school in Anaconda, where he lettered in all sports and was elected as team captain. He attended Carroll College and as a freshman was a called to active duty to the Army Air Corp. He returned to Carroll at the end of the war to complete his education, football, basketball and baseball career. He received his BA in Mathematics and Education in 1950. His coaching and teaching career included the Cathedral High School Greenies, where he was credited with successfully leading the Greenies to state championship competition. He coached basketball at Carroll with “John Gagliardi, the winningist coach in College Football (New York Times)”. It was from Gagliardi that he received his passion for coaching. He taught and coached at Anaconda High School and Silverado Jr. High in Napa, until his retirement in 1982. He was elected to the Hall of Fame at Carroll for basketball, an honor he was very proud. In retirement, he was an active member of the Napa Running Club and competed successfully in Senior Olympics of Northern California. He attended St. Apollinaris Catholic Church. He married Mary Nelson, of Geraldine, Montana in 1949. They had two children, Bonnie (Dennis)Wilson of Colusa, CA and Jim (Carol) Reardon of Kalispell, Montana. His grandchildren include, Jeff (Tasha) Wilson, Tommy (Jessica) Wilson, Juliane (Michael) Veselik, Angie Reardon, Shawn Reardon and great grandchildren, Jordan Johnson and Jessica Wilson. One of eight children, he is survived by sisters Charlotte Stensvold of San Francisco and Gertrude Flynn of Anaconda and numerous nieces and nephews. He was predeceased by his parents, his wife Mary, his sisters Marie Reardon, Florence Olson, Eleanor Merrick, Rita Solan and Jerry Jenkins. His Funeral Mass will be held on Saturday, October 12 at 11 AM at St. Apollinaris Catholic Church, 3700 Lassen St. in Napa. A vigil and viewing will be held on Friday, October 11 at 7 PM at the Claffey and Rota Funeral Home, 1975 Main Street in Napa. In lieu of flowers an endowment scholarship has been set up at Carroll College in his name. Memories and words of sympathy may be left for the family at ClaffeyandRota.com.

James Reardon, 91, passed away at his home in Napa on Saturday, October 5, 2013 surrounded by loving family. He was born in Anaconda, Montana on June 10, 1922 to Charlotte and James Raymond Reardon I. He attended St Peters and Central High... View Obituary & Service Information

The family of James Reardon created this Life Tributes page to make it easy to share your memories.

James Reardon, 91, passed away at his home in Napa on Saturday,...

Send flowers to the Reardon family.