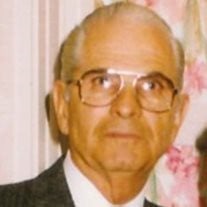 Henry Mellow 1923-2014 Henry (Hank) Mellow, 90, passed peacefully on Jan. 12, surrounded by his family. He was born in Crescent City, Calif., on Sept. 13, 1923, to Frank and Isabella Mellow. The family relocated to Grants Pass, Ore., when he was 7. He was the middle child, of which there were 10 boys and two girls. Since there were too many mouths to feed, he decided it would best to run away from home at age 14 and head to Maxwell, Calif. There he got a job milking cows before and after school in exchange for room and board plus $10 per month. While attending a high school dance, he met the woman who was to become the love of his life, Ida Nemes. After graduation, he became a dairy plant pasteurizer and weigher-sampler. On Nov. 7, 1941, he married Ida and they moved to Napa, where he secured work at Meadow Gold Dairy until he enlisted into the Army Air Corps in 1943. He was assigned to England, where his job was fueling and loading bombs on B-17s. He was discharged in 1945 and returned to Napa where he attended Napa Valley College, along with many other veterans who had returned from the war. While at Napa College, he ran for and became class president. It was at this time he also gained employment at Stornetta’s Dairy, working in production. He became plant foreman and earned numerous gold medals from the state fair for the quality of the milk products he produced. When the dairy was sold to Clover-Stornetta, he moved to what was to become Sunnyside Farms (the old Red Top Dairy). He was hired to be the technical adviser during construction. Within weeks of completion, there was a catastrophic fire that destroyed everything. Once the site was cleared, construction started in earnest again. Upon completion, it was a state-of-the-art production facility known around the world. He was plant manager until he retired in 1989. For 10 years following his retirement, he started a dairy consulting business given his wealth of knowledge in the industry. In addition to his strong love of family, he had two other passions: his vegetable garden and working out at Health Quest (HQ). His day would consist of being there before the doors opened at HQ, so he could be the first one in the pool to do his 40 laps, then he would do some machine work. He would return home for a walk around the neighborhood, stopping to talk to all his friends, before going to the cemetery to visit Mom on a daily basis. He then could be found planting, maintaining, or harvesting his huge vegetable garden. He also loved to read and talk to neighbors or friends. He was also quick to give his opinion on a variety of subjects, whether you asked him or not. But the true love of his life was Ida who he adored and cherished throughout their near 65 year marriage. Mom and Dad enjoyed traveling, which included cruises, Tauck tours, and driving vacations in the U.S. and Canada. Their most memorable trip was when they celebrated their 60th anniversary aboard the Royal Caribbean on a 10-day cruise to Alaska with all their children and grandchildren. He frequently talked about the wonderful memories they experienced as a family aboard the cruise. He is survived by his two sisters, Liz Tregaskis of Santa Rosa, Calif., and Lorraine Saffer of Selma, Ore.; brother Joe Mellow of Medford Ore.; son David Mellow, wife Rory and daughter Remi Mellow of Napa; daughter Kathyrn Balough and husband Dean and their sons, Christopher, Justin and Kyle; great-grandchildren Andrew Balough and Elizabeth Miner of Pleasant Hill, Calif.; and numerous nieces and nephews. Our family would like to extend their sincere appreciation to the staff at Emeritus and Napa Valley Hospice for the loving care and comfort provided for Dad. A memorial Mass will be held Monday, Jan. 20, at 10 a.m., St. John’s Catholic Church in Napa. Visitation will be available on Friday, Jan. 19, at Claffey and Rota Funeral Home, 1975 Main St. in Napa, between the hours of 1-5 p.m. Donations may be made in his memory to Napa Valley Hospice, 414 South Jefferson St., Napa, CA 94558.

The family of Henry Mellow created this Life Tributes page to make it easy to share your memories.

Send flowers to the Mellow family.