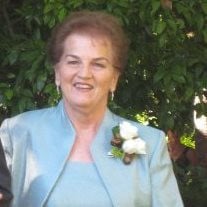 Dorothy Gail Beadleston 1938-2014 Dorothy Gail Beadleston, known lovingly as Gail, Grandma Gail and Auntie Gail, passed peacefully in the comforts of her home on June 10, 2014, following a courageous battle with kidney cancer. She was surrounded by the love and presence of her husband, Ken, and close family. Gail was a beautiful, loving, devoted wife, mom, grandmother and great-grandmother and genuine friend to all who knew her. Gail was born in Petaluma, California, on July, 25, 1938, with her twin brother, Gary Smith. She had many fond memories of her growing up years in the Petaluma and surrounding North Bay Area. She and her husband, Ken, built a home together in Fairfax before moving to Napa in 1966 to raise their three children, Mark, Kelly and Kim, in their family home of 48 years. Gail was the most gracious host to her family and friends, while creating a lifetime of memories to cherish forever for all who knew her. When Gail completed Petaluma High in 1956, she and a close girl friend moved to San Francisco, where she attended Comptometer School and secured a job at Standard Oil. During this time, she met Ken Beadleston, the love of her life of 55 years, a California Highway Patrolman. They later married Oct. 12, 1958. The beautiful life that followed included Ken’s three young children, Kenny, Kristine and Mike, from a previous marriage. After raising their children as a devoted mom, Gail went back to work for several years as an office manager for the late, Carl VanPatten, DDS. Ken and Gail enjoyed many fun years with a large social network of friendships made through the CHP family, neighborhood gatherings and Napa Valley Community. Gail in her earlier years, belonged to Rainbow Girls, craft and Bunco groups and spent many years volunteering at Pueblo Vista library, where her children attended school. Gail’s hobbies included cooking, homemaking, gardening, family times together, camping and socializing with her many girlfriends from childhood through her adult years, while deepening lasting friendships through out her life. Gail and Ken enjoyed traveling and many short trips and getaways together. Gail will be deeply missed and remembered as a beautiful soul and caring lady of grace, compassion, honesty and love for all the lives she touched. Gail is survived by her husband, Ken; children Mike McCoy (Judy), Mark Beadleston (Cindy), Kelly Beadleston, and Kim Moore (Joe); 14 grandchildren; 14 great-grandchildren (two on the way); twin brother Gary Smith (Jean); and many extended family members. Gail was predeceased by James Smith (father), Dorothy Dray (mother), Dalton Dray (step-father), Kenny McCoy (step-son), Kristine Whitehouse (step-daughter), Shawn McCoy (grandson). Memorial services will be held at Claffey and Rota Funeral Home on Monday, June 16, at 11 a.m. A family burial to follow at a later day in Davis, California. In lieu of flowers, please make donations to Hospice Napa Valley and Adult Day Services and American Cancer Society in Gail’s honor.

The family of Dorothy Gail Beadleston created this Life Tributes page to make it easy to share your memories.

Send flowers to the Beadleston family.