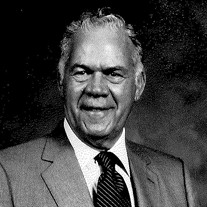 Don was a good man, A kind man, A man of integrity. His deeds of charity Were more than many. Loyal to his church, Gentle, Generous, Loving To his family. There is no way to say How greatly he’ll be missed. Lt. Col Donald L. Umphress died peacefully on March 19, 2015 St. Helena at the age of 99. He was born on October 24, 1915 at Stanford, Illinois of Wayne and Maude (Brown) Umphress. Living his early childhood in rural McLean County, Illinois, he graduated from Heyworth High School with Honors. He was then enrolled at Illinois Weslayan University at Bloomington, Illinois, from which he graduated in 1938 with a Pre-medical Bachelor of Science Degree. He was then accepted at Washington medical School, St. Louis, Missouri but did not attend, as scheduled due to the threat of WWII that flared in September 1939. Instead, he enlisted in the US Army, attended Officer Candidate School at Carlisle Barracks, Pennsylvania, and was commissioned a Second Lieutenant in 1942. As a US Army Captain, stationed at Fort Custer, Battle Creek, Michigan, Don met his wife-to-be, Alfreda Labadie, to whom he was married on May 5, 1945 in the Campanile Chapel of Holy Redeemer Catholic Church of Detroit, Michigan. Col. Umphress retired from the US Air Force on July 31, 1965 after 26 years of military service. his assignments included medical administration at a Major Command Headquarters, The Pentagon as director of Administration at the USAF Medical Services Training School, as a member of the USAF Medical inspector General Tea, and as the Administrator of USAF Hospitals in the United States and the Philippines. Following military retirement he and his family moved to Napa in 1966, and was employed by Napa County in Social Services and as the county’s CETA Manager. He retired again in December 1979 after a total of 40 years of government service. This allowed him and his wife, Alfreda, to enjoy foreign and domestic travel, and to pursue his photographic hobby. He was a third and fourth degree member of the Knights of Columbus, and as active member of St. John’s Catholic Church, serving as a Eucharistic Minister, on the Finance Council, on the Parish Council and on fund raising committees. He was preceded in death by his wife Alfresa Umphress and daughter in law Mary Umphress. He is survived by his children Peter (Lori), Richard (Maryalice) and Mark Umphress, Gail (Frank) Twohy, and Lee (Mike) Torres; grandchildren Neal (Vicki), Kevin (Wendy), Steven (Melissa), Alysha and Roisin Umphress and Erin and Daniel (Meredith) Twohy; and great grandchildren Carter, Payton, Jacob, Mayia and Jameson Umphress. A rosary will be held at Claffey and Rota Funeral Home on March 22, 2015 at 7pm. A funeral mass will be held at St. Helena Catholic Church on March 23, 2015 at 3 pm. Donations can be made to St. John’s School, or St. Helena Catholic Church or a charity of your choice.

Don was a good man, A kind man, A man of integrity. His deeds of charity Were more than many. Loyal to his church, Gentle, Generous, Loving To his family. There is no way to say How greatly he&#8217;ll be missed. Lt. Col Donald L. Umphress... View Obituary & Service Information

The family of Donald L. Umphress created this Life Tributes page to make it easy to share your memories.

Don was a good man,
A kind man,
A man of integrity.
His deeds...

Send flowers to the Umphress family.