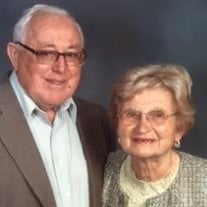 It is with great sadness that we announce the passing of the matriarch of our family, Clementina Biale, four days before her 88th birthday. Clementina was the oldest of nine children, born to Filippo and Cecilia Calvi in Prunetto, Italy. Her youth was spent tending to her siblings, vineyards, silkworms, cows, goats, and outdoor bread ovens; mending clothes, shucking chestnuts, and making sure the traveling olive oil salesman didn’t cheat her family by adding water to the 5-gallon jug! As was typical for Italian peasants growing up between the World Wars, Clementina finished school at 5th grade. Despite her personal aspirations to become a teacher, she then worked full-time on the family farm. Hardships and very physically demanding work notwithstanding, Clementina speaks with great fondness of the agrarian life and the joy of a large family–which is a good thing, because she would soon marry Aldo! In 1953 Aldo and his mother traveled to Italy to visit family, and within three weeks of meeting the pretty girl who attended one of the dinners thrown for these American cousins, Aldo asked for Clementina’s hand in marriage. Three weeks later they were married! After a very brief honeymoon in Venice, Aldo returned to Napa and waited six months for his bride’s visa to come through so she could begin her new life in America with him. There was no easy life awaiting Clementina. She had to work every bit as hard as Aldo and his mom. But he had chosen well, for she was up to the task, and together they grew their ranch through blood, sweat, and tears, and raised four children who also know how to work, and work some more. The children also learned their Catholic faith from their parents, a devotion to which has sustained them through thick and thin, including the loss of their brother John in 1984. Like her mother-in-law Cristina, before her, Clementina managed the daily demands of ranch and child-rearing with a shrewd business savvy and compassionate discipline–and some darn tasty cooking! In 1991 their son Bob hatched the hair-brained idea of starting their own wine label. After decades of making a little wine for personal consumption and then selling the rest of their grapes–often at a loss–to the local co-op winery, Aldo and Clementina jumped at the chance to fulfill their dream of bringing their love for Zinfandel to the wider community. Newly “retired”, Aldo and Clementina worked tirelessly with their son Bob and their partners to grow Robert Biale Vineyards into the thriving wine company it is today. While they both continued to derive great pleasure from their continued, though diminishing, work on the ranch, the growing demands of the social side of the wine business delighted them more and more. Meeting the people who enjoyed their wines at tastings, dinners, or winery-sponsored cruises was most edifying to Aldo and Clementina. You would find Clementina “holding court” at the winery’s tasting room on most Sunday afternoons when she checked in on the sales of her handmade aprons and totes. Clementina is preceded in death by her son John and husband Aldo. She leaves behind her daughter Sandra and her husband Tony Rossomando; her son Robert and his wife Wendy Biale; her son Mark Biale and his fiancé Vicki Rister; as well as grandchildren Peter and Tim Rossomando, Michelle Middleton and her husband William, Alex and Michela Biale; and great grandchildren Amelia and Anthony Middleton. The family owes a huge debt of gratitude to Clementina’s caregivers Sheyla Ramirez Miller and Margaret Schloezer for their years of companionship and care of our beloved matriarch, and of their cheerful and generous support of us, especially in the final months. The rosary will be Monday 4/10, 7:00 at Claffey & Rota. The Mass of the Resurrection will be Tuesday 4/11, 10:00am at St. Apollinaris Catholic Church. In lieu of flowers, please consider donations to the John Biale Scholarship Fund at Justin-Siena High School, or to St. Apollinaris Catholic School.

It is with great sadness that we announce the passing of the matriarch of our family, Clementina Biale, four days before her 88th birthday. Clementina was the oldest of nine children, born to Filippo and Cecilia Calvi in Prunetto, Italy. Her... View Obituary & Service Information

The family of Clemintina Biale created this Life Tributes page to make it easy to share your memories.

It is with great sadness that we announce the passing of the...

Send flowers to the Biale family.