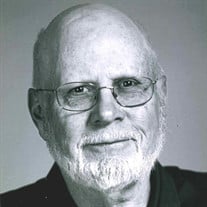 Charles Thornton Pettigrew (“Charley”), 74, of Napa, California passed away on January 6, 2021 at his home. Charley was born in San Mateo, CA to Vincent Raymond Pettigrew and California Charlene Pettigrew in 1946. He went to Hillsdale High School in San Mateo and graduated in 1964. He served in the U.S. Army from 1965 to 1968, including in the 5th Special Forces Group (Airborne) in Vietnam in 1968. Living in Napa for over 50 years, he was a dedicated member of the Catholic community and regularly attended mass at St. John’s and St. Apollinaris. Charley developed a quiet sense of accomplishment and pride during his career as an Ironworker. He was an active member of Local Union 378 for 31 years, contributing to the construction of the San Francisco Airport, the Warm Springs Dam, the Four Seasons in San Francisco, the Green Island Railroad Crossing and the Elihu Harris Building among other projects in the Bay Area. He enjoyed reading, history, classic European cars, and following automobile racing. He expressed his creativity through building projects at home, welding the impressive gate at his home today. Charley treasured a close-knit group of longtime friends. He was deeply bonded with his friends at Imports Unlimited for over 50 years. In his retirement, “Friday Donuts” at the shop was a ritual that he looked forward to every week. On another front, fun and lively conversations filled early morning Wednesdays for Charley and Karen at the Breakfast Club. Family was the center of Charley’s life. He was our pillar and we were his strength. Charley is survived by his wife Karen of Napa, his two children, Brie Noel Pettigrew Aalto (Emilius) of Santa Clara, CA and Charles California Pettigrew (Crystal) of Winters, CA, his brother, David McMillan Pettigrew (June) of Sebastopol, four grandsons, Peyton California Pettigrew, Arthur Johan Raymond Aalto, Logan California Pettigrew, and Mahon Curran Take Aalto, one niece, Sasha Ann Pettigrew of Valencia, Spain, one nephew, Gabriel Richard Pettigrew of Portland, OR, and his mother-in-law, Barbara Pedersen of Napa. Charley is preceded in death by his mother, California Charlene Pettigrew, his father, Vincent Raymond Pettigrew, and his brother Vincent Raymond Pettigrew Jr. Funeral Mass will be held by St. Apollinaris Catholic Church outside on January 19, 2021 at 11 am with Father Fergal McGuinness officiating. Burial will follow at Tulocay Cemetery in Napa. All events will be outside and masks are required. When gatherings are safe again, there will be a memorial at the Pettigrew home and garden for all family, friends, and colleagues. The family greatly appreciates Dr. Thomas Suard’s personal and outstanding care for 35 years. Gratefully, we honor all of Charley’s UCSF medical caregivers these past six and a half years, especially his Sarcoma Team doctors: Dr. R. Wustrack, Dr. T. Jahan, Dr. M. Mann, and Dr. A. Gottschalk. We also wish to thank newer members of his medical team: Dr. S. Piawah, Dr. V. Mittal, and Dr. N. Damle. Britta Wallace, Queen of the Valley Lymphedema Specialist, contributed immensely to Charley’s quality of life. Memorial donations may be made to: If Given A Chance Foundation (Napa); Salvation Army; Cancer Wellness Center at Queen of the Valley Hospital (Napa); Wounded Warrior Project; and the UCSF Sarcoma Center.

Charles Thornton Pettigrew (&#8220;Charley&#8221;), 74, of Napa, California passed away on January 6, 2021 at his home. Charley was born in San Mateo, CA to Vincent Raymond Pettigrew and California Charlene Pettigrew in 1946. He went to Hillsdale... View Obituary & Service Information

The family of Charles Thornton Pettigrew created this Life Tributes page to make it easy to share your memories.

Send flowers to the Pettigrew family.