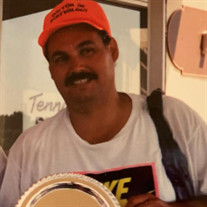 It is with great sadness that we announce the passing of Dr. Alexander (“Alex”) Roman Reynoso, beloved husband, father, brother and uncle. Surrounded by his loving family, Alex passed away – far too soon – on March 4, 2022, from cancer. Born in Albany, California on July 16, 1955, the third child of Dario and Elodia Reynoso, Alex lived in Albany and Oakland until 1964, when the family moved to Napa. He was at heart a Napa native, attending Shearer Elementary, Ridgeview Middle School, and Napa High. While working at a gas station, he attended Napa Valley College, where he thrived in math and science courses. He was accepted at U.C. Santa Cruz, earning a B.S. in Biology, while also making many friends, playing club tennis, and meeting the love of his life, Jean (née Olague) Reynoso. They married in March 1980, while both were still students, and remained happily married for 42 years. They moved to San Diego in 1981 where Alex attended U.C. San Diego Medical School, and there, welcomed their first child, Anna. Alex so loved being a father that when he graduated in 1985, he carried Anna in his arms while he received his diploma. As a first generation Mexican-American, he was proud to achieve his parents’ life-long dream of having a doctor in the family. Alex then did a three year residency in Family Medicine at Kern Medical Center. In 1988, he joined Kaiser Permanente Vallejo in Family Practice; that same year his son David was born. After caring for many long-term patients who loved and respected him, Alex retired from Kaiser in 2015. His name is engraved on a brick outside Kaiser Vallejo. Alex dearly loved, and was loved by, his family. He loved nothing more than to entertain them with his wild stories. His house was the center of life for the extended family of the Reynosos and their friends. They gathered there on the weekends to eat and watch tennis or, his favorite, Raiders football. Sometimes, they just stopped by because being around Alex was fun. He made you laugh and made you happy. Alex had several hobbies and interests: sports (particularly the Raiders), music, and camping at Donner Lake. But tennis was his passion. As a young child, he learned to play tennis from his father Dario. Alex and his brother John were tennis-doubles partners, and over the last 45 years played in local and regional tennis tournaments, winning many but always having fun and eager to play more. Alex also played on the Napa Valley Tennis Association’s over 55, 7.0 tennis team, which played against other regional teams in an invitational tournament in Surprise, Arizona. Alex had two “shrines” in his family room. The first was to the Beatles, whose lyrics he knew by heart and played on his guitar. The second was to the Raiders, whose games and tailgates he attended in Oakland. We have many fond memories of family camping trips at Donner Lake, which Alex planned every summer around his birthday. There, he brought the extended family together to fish, explore and sit around the campfire listening to his stories. Alex and Jean were long-time active members of St. John the Baptist Catholic Church. They participated in many church activities and their children attended elementary school there. Above all else, Alex loved being a husband and father. He and Jean had one of the happiest marriages, making each other laugh every day, just as in love in their sixties as they were in their twenties. He always encouraged his children to follow their dreams and explore their passions. He and Anna loved watching sports, discussing current events and caring for animals. He and David loved long talks about anything and everything, listening to records, and brewing beer. He also loved his dogs, Elvira, Dewey, Tootsie and Ruby. Preceding Alex in death were his parents, Dario and Elodia Reynoso and his beloved nephew Aaron Paddock. Surviving Alex are his wife Jean and children Anna and David Reynoso; his siblings Clara Willis (Steve), Victor Reynoso, Sarah Reynoso-Palley (Mark), John (Kristy) Reynoso; and many nieces, nephews, and their children. In lieu of flowers, the family requests donations to NorCal Aussie Rescue, the American Cancer Society or St. John the Baptist Catholic Church. A Rosary will be held at Claffey & Rota on March 29, 2022, at 6:00 p.m., and funeral services at St. John the Baptist Church on March 30, 2022 at 2:00 p.m.

It is with great sadness that we announce the passing of Dr. Alexander (&#8220;Alex&#8221;) Roman Reynoso, beloved husband, father, brother and uncle. Surrounded by his loving family, Alex passed away &#8211; far too soon &#8211; on March 4,... View Obituary & Service Information

The family of Alexander Roman Reynoso created this Life Tributes page to make it easy to share your memories.

It is with great sadness that we announce the passing of Dr....

Send flowers to the Reynoso family.