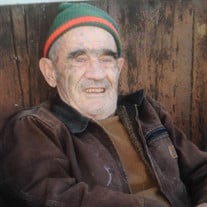 Albert Dominic Giovannoni passed away January 3rd, 2016 leaving a quiet but lasting legacy with those of us who adored him and were blessed with his legendary compassion. Born in Napa Ca. in 1924, Albert was the second oldest of 5 children of Augustine and Josephine Giovannoni, both of whom emigrated from Italy. Born into the poverty of his generation, Albert along with his family was taught at an early age the virtue of hard work, "work is fun" their parents told them and work they did - non stop. Starting with Augustine's horse drawn ice cream cart, the family built a grocery store on the first floor of their home called South Market Grocery and later Giovannoni's Market. Albert spent 20 years working along side his brothers at the market 7 days a week. In 1957 with home made tractors, dynamite and the grit of his upbringing, Albert opened The Napa Valley Marina that he operated with his brother Lawrence for 40 years. He opened Napa Valley Real Estate Exchange within the Marina complex and served, as it's broker for over 50 years. Stories tell of Albert's keen and unique selling skills as he would in the early days exchange cash and horses for property. It is also widely known that his authentic Italian charm closed many a deal in a long, successful career. He served in World War Two for the U.S. Army for 4 years trained as a sniper in the Aleutians Islands. He was an expert shot well into his 80's. In 1975 he purchased The Napa Sea Ranch just east of the Napa Valley Marina and continued his energetic work ethic on another project. Along with reestablishing the former fruit ranch with fruit, Albert added complementary Marine services such as boat & RV storage, a prop shop, boat engine repair, boat launch, bank fishing and more. The jewel of the property was his two acre garden with a self constructed outdoor kitchen. He fed anyone with the courage to show up to test his many fresh creations. Albert lived on the Sea Ranch property by the river for over 35 years until his death. He would comment often on how much he appreciated the open space surrounded by the Napa River. His family knew that a big spirit such as his would require expansive spaces and were delighted in the fact that he lived in that space for so long. He was long considered the unofficial Mayor of the Napa River area called Edgerly Island where he lived and worked. His legendary compassion and generous nature helped countless individuals and he forged many bonds, the kind of authentic bond that embraces your soul and wouldn't let go. His righteous nature and constant quest for truth made him a must see and he attracted scores of people excited to engage his intellect and curious nature. His humor and capacity for jocularity was ever present and the joy in sharing such never left his face. It was a sight to see and cherish. Of all his qualities Albert's greatest was his humility. This virtue was at the center of his heart and he lived it moment to moment to moment without fail. We love him unendingly for it. Albert is survived by his brother Lawrence Giovannoni of Napa, sisters Genevieve Traverso of Napa and Louise Wilcoxson of Napa and cousin Elizabeth Bettero of Clearlake. He was preceded by his brother Ernest Giovannoni. He is also survived by over 30 nephews, nieces and close friends who all claim Uncle Albert as their third parent. A funeral service will be held at Tulocay Cemetery Chapel on Friday, January 15, 2016 at 11:00am. A reception will follow in the hall. Memorials, memories and notes of sympathy may be shared at claffeyandrota.com The man of conscience is he who never succumbs to indulgence, wellbeing, success, public prestige and the approval of public opinion at the expense of the truth." John Henry Cardinal Newman.

Albert Dominic Giovannoni passed away January 3rd, 2016 leaving a quiet but lasting legacy with those of us who adored him and were blessed with his legendary compassion. Born in Napa Ca. in 1924, Albert was the second oldest of 5 children of... View Obituary & Service Information

The family of Albert Dominic Giovannoni created this Life Tributes page to make it easy to share your memories.

Send flowers to the Giovannoni family.